Tokyo-born flutist and composer and arranger, Yuko Hoshi, has performed as a leader or sideman in many concerts and festivals in Japan and the USA. She studied flute at Musashino college of music in Tokyo. She performed at the Nice international music academy (France), and at numerous Keith Underwood Master class (USA and Japan), Ali Ryerson jazz flute Master class (USA).International summer seminar (Toyko). 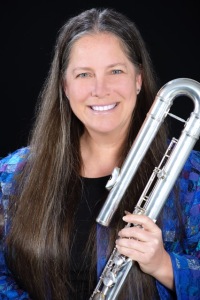 Dr. Chris Potter has performed as a soloist on alto and bass flute in New York, Chicago, Boston, Paris, London, Manchester England, Weggis Switzerland, Los Angeles, Seattle and San Diego. She has published an Alto Flute Method and a Bass Flute Method available through Amazon, her website chrispotterflute.com and many retail stores. Her Vibrato Workbook, published by Falls House Press, won the 2016 NFA Newly Published Music Competition in the pedagogy category. Her CD Flute Menagerie features solo works for alto and bass. Chris holds two annual Alto and Bass Flute Retreats in the US each June where the emphasis is on chamber music. She is the low flutes choir conductor and flute choir coordinator for the Galway Flute Festival in Switzerland and was the chair of the first National Flute Association Low Flutes Committee. 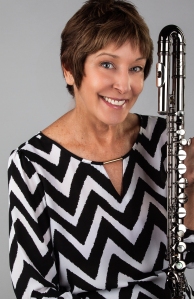 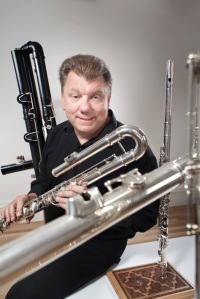 Peter Sheridan is a creative performer, educator and passionate supporter of new music whom has commissioned over one hundred works for the low flutes. A native of New York City, he studied at the High School of Music and Art (La Guardia Performing Arts), Mannes College of Music and the Juilliard Preparatory Division. Further graduate studies were undertaken at London Goldsmith’s College and the Universities of Arizona (Tucson) and California-Los Angeles (UCLA). Mr. Sheridan currently lives in Melbourne Australia, and is a active Teaching Associate for the Sir Zelman Cowen School of Music-Monash University, where he is director the University Flute Ensemble.

Paige Dashner Long is an internationally recognized contrabass flutist.   Currently Ms Long, an Altus Artist, directs the Metropolitan Flute Orchestra in summer residence at New England Conservatory, the Daytona State College Flute Choir, and the Florida Flute Orchestra.  As an active guest artist and flute clinician, she has presented concerts, led workshops and directed ensembles for music schools in France, Germany and Mexico, as well as for universities and flute associations throughout America.  She serves on the Low Flutes Committee of the NFA, performs with the International Flute Orchestra, and is a former coordinator of the National Flute Association’s (NFA) Flute Choir Composition Competition, and past president of the Greater Boston Flute Association.  Her composition, Eventide Soliloquy, was a winner of the 2012 NFA Newly Published Music Competition.

George Pope is the Emeritus Professor of Flute at The University of Akron and Instructor of Flute at The Baldwin Wallace Conservatory. Principal Flute of the Akron Symphony from 1978-2002, Mr. Pope also performed with the Cleveland Orchestra, the Blossom Festival Orchestra, the Brevard Music Center Orchestra and at the Spoleto Festival. He is a founding member of the Solaris Wind Quintet and the Chamber Music Society of Ohio. Mr. Pope was named “Arts Educator of 2009” by the Akron Area Arts Alliance. He graduated from the University of Tulsa and Northwestern University.